Chuckles was not at all popular in prison. On his first day in he sat with a group of prisoners and he told them about the horrible things that he did.

He told them the story of how he had drowned a cookie in milk.

He also told them that when he escaped from prison he was going to take a fork and stab a donut to death again.

The other prisoners were afraid of him. They begged the warden not to make them sit with Chuckles anymore and the warden agreed.

Chuckles was mad and decided to escape.

He got some rocks from the yard and used them to pelt a crazy hot dog across the cell block until the hot dog went cookoo and the guards had to burst into his cell. The hot dog set his mattress on fire and in the resulting melee Chuckles was able to get a key, get out of his cell, and go down to the coal tunnels under the prison.

Then he tripped over something larger and slimier, it was a tentacle. From deep in the darkness two green, glowing eyes opened and a voice spoke, it said, "Who dares to wake the Chob!?!"

Chuckles quickly got up and ran away through the darkness, yelling out, "It was Chuckles, Chuckles the dirt chip muffin!! I'm the worst muffin in the world and no one can stop me!!!" 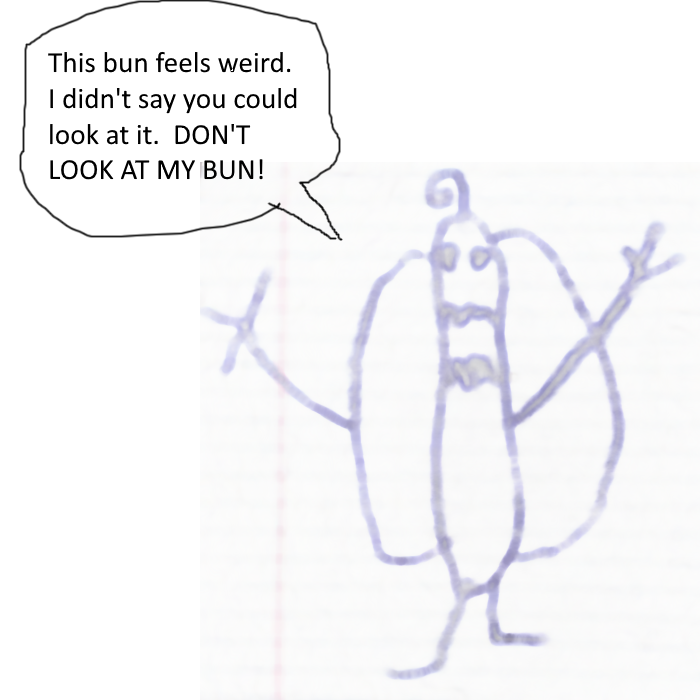