Once upon a time there was an evil muffin named Chuckles. He was the worst, most evil muffin in the world. He had been made by an evil baker who had decided to create the worst kind of muffin he could dream up. In addition to the regular ingredients that go into a muffin, he had included the following:

AND he had put big dirt chunks in at the end. When Chuckles the Dirt Chip Muffin was baked he was an angry, misshapen, terrible muffin.

Once he ripped a croissant in two the long way.

And once he took a fork and stabbed a donut to death.

Eventually his bad deeds caught up with him and a judge sentenced him to 101 years in prison.

He was taken to the worst food prison in the world, it was called The Tower of Unending Doom. All the most terrible food in the world were sent there. 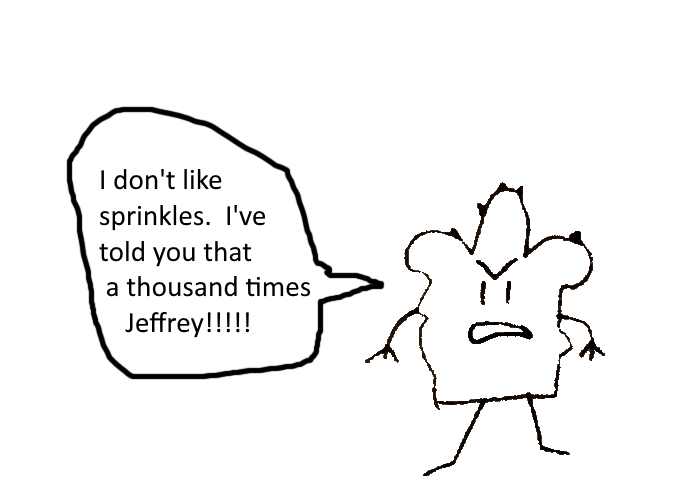